From today there is a new relese (1.800) of WrldCraft for Android devices on PlayStore (link).
This includes all the updates included in the latest months for iOS (live on the AppStore) and a bonus game. Check it out!!

News news news!
Latest update (1.202) contains lots of optimizations, fixes, new blocks and introduces for the first time in this game low poly trees, vegetation, props and… full scale animated dinosaurs!!
I hope you like the direction the game is taking! 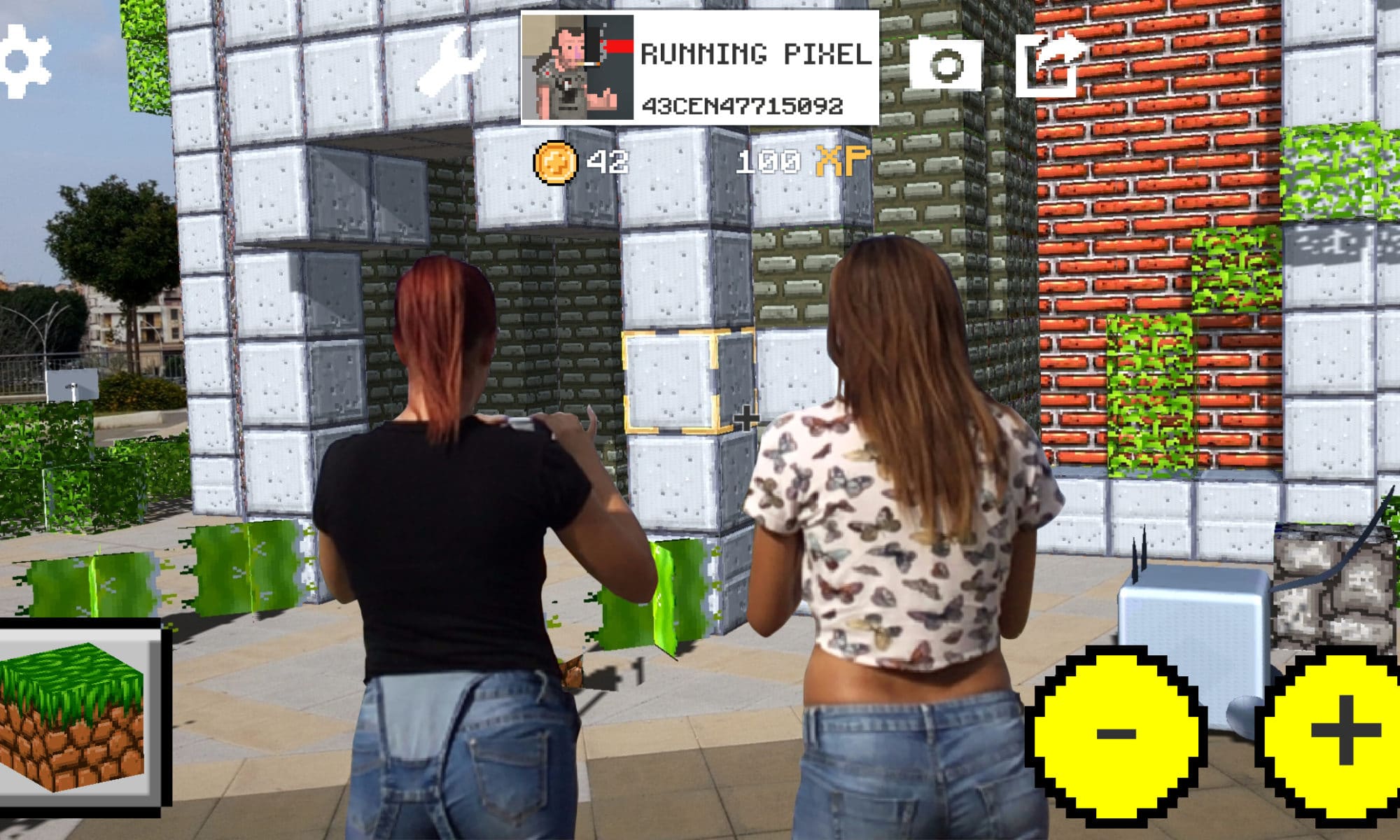 WrldCraft latest update (1.0) is live right now on AppStore and PlayStore check it out!!

> It fixes a blocking bug with multiplayer that is now working properly again.
> Changed blocks graphics, enhanced shaders and added some new blocks.
> Added a new game mode: Offline mode. To play even if there’s no connection or in a private world.
> Now map updates if you walk around for miles.
> More stability and lots of bugs fixed
> new UI and UX for a better game experience

In the next days a big update will be rolled out.
It contains:

Quests and monster fights are the latest nice additions to WrldCraft, this and the “gold rush”. Now the map will show you where there is gold or copper to dig. There resources are the same for everyone and once dug are gone forever, so… rush for gold!!

WrldCraft is is pre-order for free on both AppStore and PlayStore.

You know, M***craft Earth was announced and revealed few days ago. Many contacted me comparing the coming new giant AR title with Wrldcraft (that is going to be released on June 14 fyr) and asking me in what the two titles differs and in what my is better.
Well, I can only base my opinion on what I’ve seen on MCE commercial (that isn’t, you know, real game footage), on what M1cr0s0ft Studios declared and on what the giournalists that have seen a beta are saying about the game.
This is a seven point list I’m quite confident are actual techical and conceptual differences.

The first: in Wrldcraft when you build in a place that place (called plot of land) is yours and under your control. Every plot is 20×20 blocks wide (10×10 meters). You can take ownership of nearby plots to make bigger constructions seamlessy. Your friends can take nearby plots and extend what you built.

The second: each block you put in Wrldcraft not only is persistent forever and visitable by others, but occupies a precise and immutable place in the world, with a fixed size of half meter. You could cover the entire world joining your construction with all the other nearby doing real giant collaborative buildings, starting from very distant points in the real world.
From what I see MCE isn’t conceived in this way.

The Third: I know you’re thinking this. No M***craft IPs, no Steve and Enders here. Move along.

The Fourth: you can dig the terrain to find relics or just build your own pool or explorate caves.The Fifth: Wrldcraft is downloadable and playable right now as open beta and it’s going to be released, M***craft  Earth not (still).

The Sixth: you can start building in the real world and continue on a desk or on your floor, other people can contribute in realtime in-place or from theyr desk as well, fully collaborative AR.

The last: M***craftEarth has a multibillion giant behind, Wrldcraft , well, has just me 😀

Well, there are much more differences but you must discover them by yourself if you want to.

WRLDCRAFT open beta to be showcased on Product Hunt.
I’m looking for playtester, if you’re a maker  give a try!

From the build 0.920 WRLDCRAFT supports bows, arrows and target. This is a nice addition to the game and will let the player familiarize with archery. This release supports single player (the target block will be spawned into the real world and is persistent for other users as usul) but you can’t see othe player throwing arrows. Don’t worry, soon this will be extended to multiplayer and you will be enabled to challenge your friends.
BTW, in the meantime improve your skills and have fun with archery!

Adding MMO RPG elements to WRLDCRAFT, the first worldwide quest is inspired to the great BrowserQuest browser game!
You’ll find this in one of the next open beta updates. Stay Tuned!