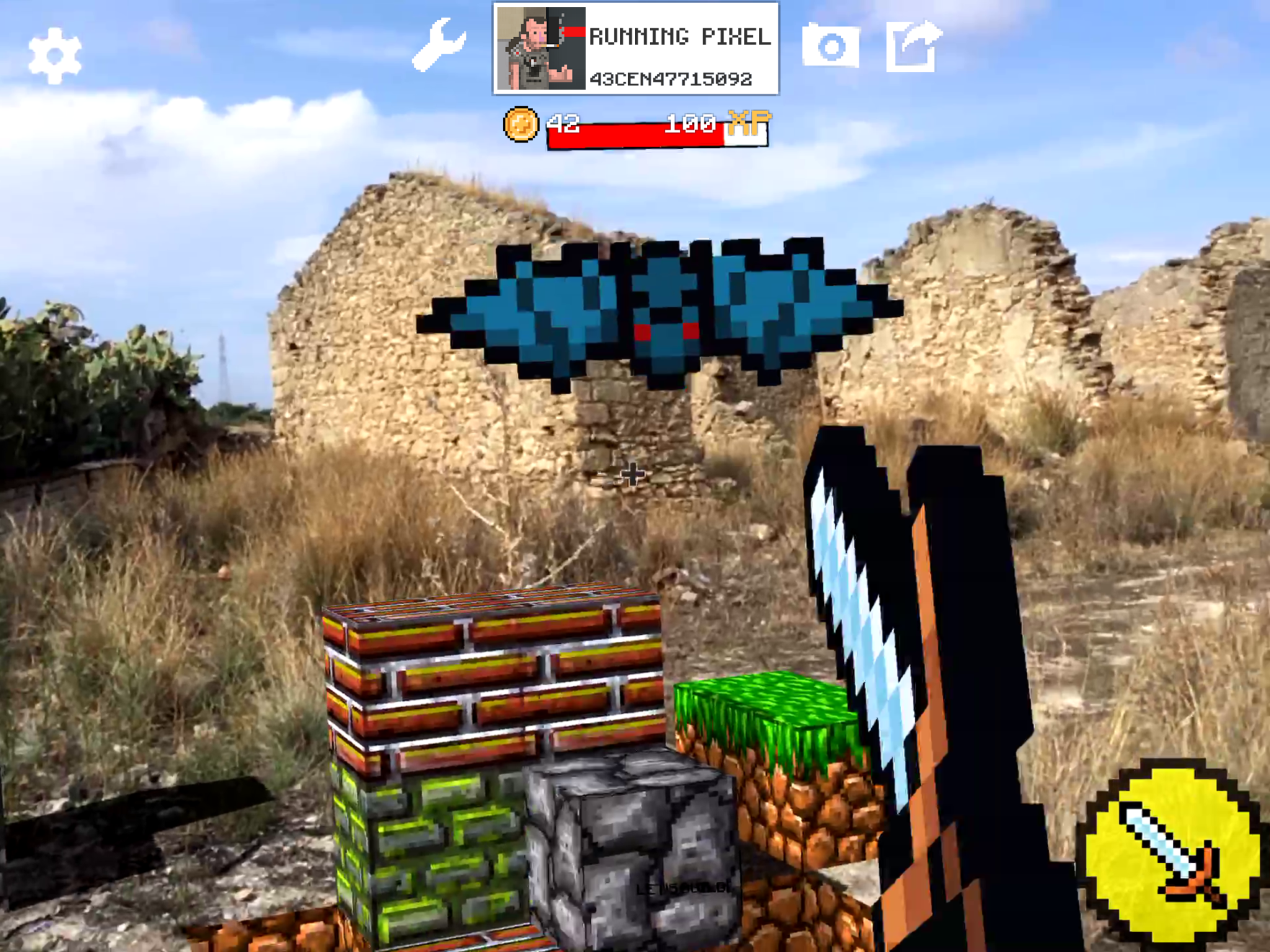 Starting from the upcoming release 1.5 (by the end of January) there will be a lot of changes and upgrades to WRLDCRAFT.

The first change you will notice is a better and more intuitive UI. During last year I collected lots of good feedbacks and I decided to switch to a portrait approach as preferred orientation. The traditional landscape orientation will remain active for who still prefers it.

But the greatest change is under the hood and regards the whole wrld chuncks AR localization and geocaching engine.
Till today Wrldcraft shared AR relocalization and persistency was using a Google service called “ARCore Cloud Anchors” working on both iOS and Android enabled phones. This service is great for starters but has some limitations.
The new engine will not make use of Cloud Anchors, I’ll gather and manage the “world maps” on my own letting the user decide if and where to store or to share them.

Another big change will be the platform priority. Till today (Android) PlayStore and (iOS) AppStore builds where released at the same time, despite the fact 98% of Wrldcraft players are iPhone and iPad with a solid (thank you!) 4,5 stars average rating. That was pretty hard considering that Wrldcraft is a one man army project with few resources behind it.
After almost two years it’s clear that the AppStore is Wrldcraft’s home and the iOS players deserves my full attention. Making this call I’ll push the limits of the game for a better player experience starting from a better and seamless multiplayer, better realtime AR sharing, better lights and shadows, people occlusion, better performances and much more!
So, keep tight, epic changed are coming!